BENTLEY HUGIE’S custom-built 1954 Ford F-100 out of the Speedtech Performance Shop has the perfect classic look paired with modern power and amenities. If you haven’t seen any of the wild builds that come out of Speedtech, you’ll probably want to take note and start paying attention. 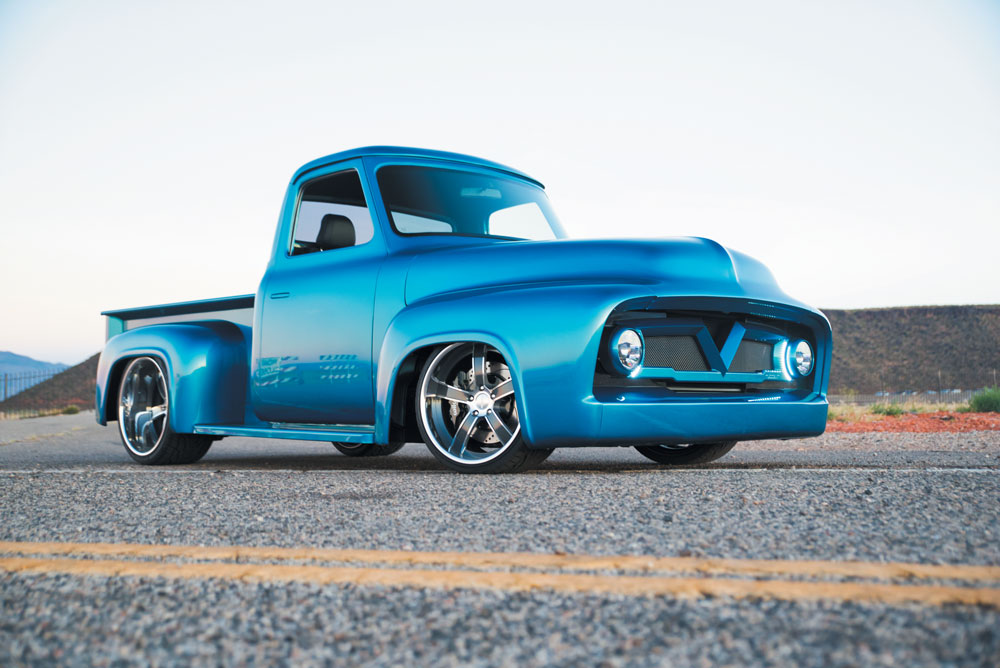 But before we get into Bentley’s custom ride, let’s run through a quick history of Speedtech. In 2012, the company made the major decision to move its entire operation from Vancouver, British Columbia, down to St. George, Utah. Looking beyond the huge undertaking and risk of moving operations, the Speedtech family focused on the vast potential that they could bring to the American performance car and truck industry. So, the shop was packed up, the cars and trucks were loaded, and the huge move was made. 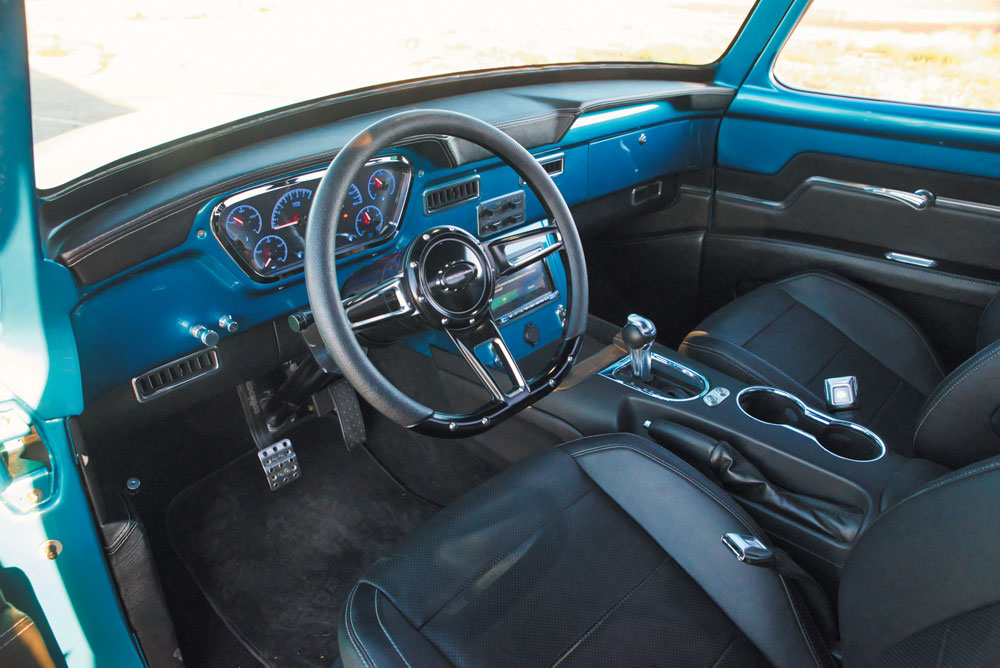 Now located in a 30,000 square foot full-service facility in St. George, Utah, Speedtech performs in-house design and manufacturing, product installation, full custom car builds and complete in-house body and paint services. Currently, more than 200 unique manufactured parts are in the company’s product line, and Speedtech is dedicated to continually developing parts for new applications. Why do we tell you all of this now? Because we fully expect to mention their names in many future feature stories as their quality and design is spreading through the classic truck market at a rapid pace.

…this was no ordinary build by any means. Every product that comes out of the Speedtech Performance shop is both ‘show and go.’

Let’s get back to Bentley’s Extreme F-100 build. The crew at Speedtech spent more than 13 months building the custom 1954 Ford F-100 that you see pictured here for local owner Bentley Hugie.

“I wasn’t all that excited about the truck until I dropped it off at Speedtech,” Bentley says. “But this was no ordinary build by any means. Every product that comes out of the Speedtech Performance shop is both ‘show and go.’ Blake, the owner, has quite a background in all types of racing, and his builds definitely perform both on and off the track.” 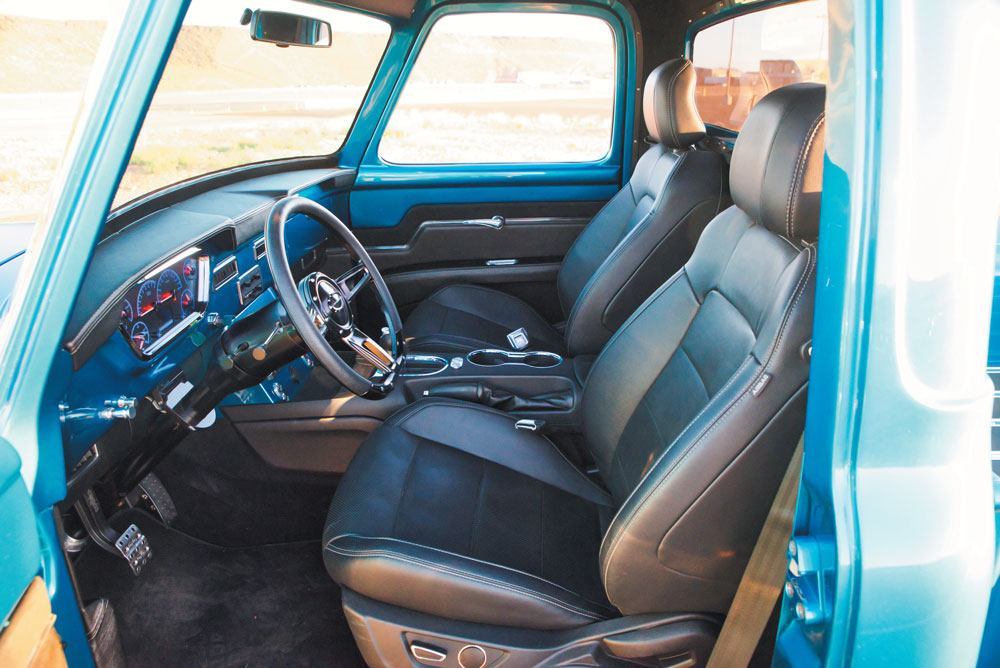 Bentley was finally getting excited about his truck build that had been sitting for years.

The engine/transmission combination of choice for this build was the powerful Chevrolet LT4 Wet Sump 6.2L supercharged V-8 harnessed to an 8L90-E, 8-speed automatic transmission. This base combination produces 650 horsepower and 650 ft-lbs of torque. Not only is the combination powerful, but it’s reliable and fuel efficient. Wild, right? 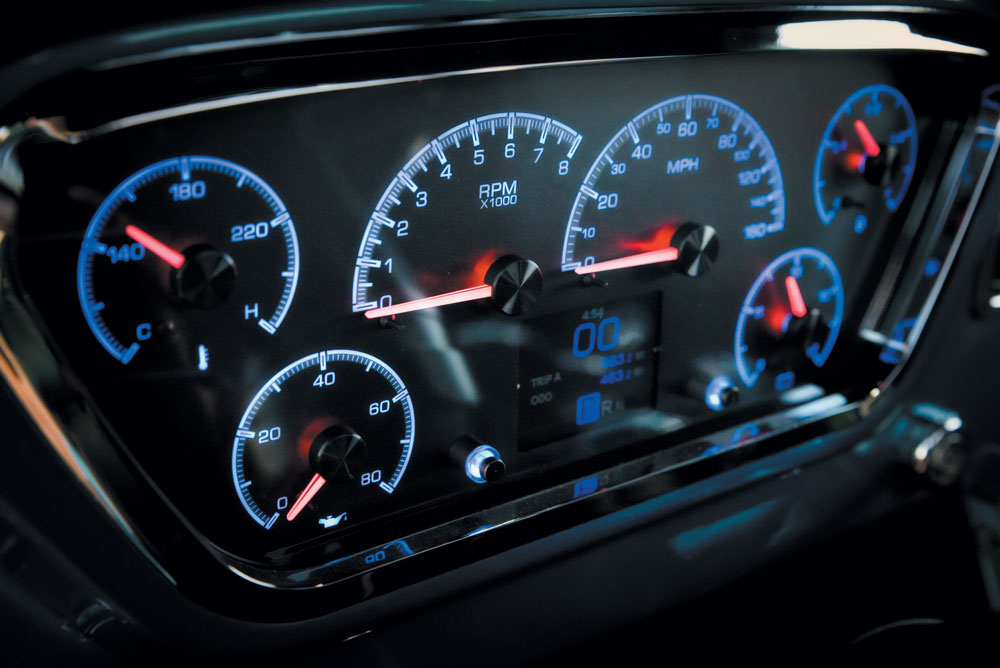 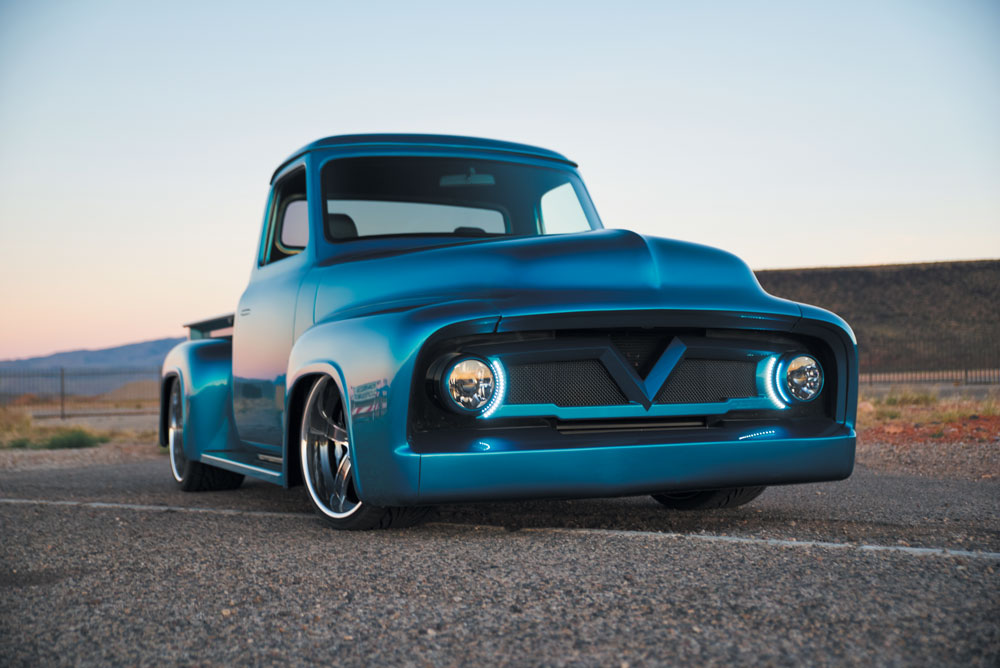 And even with such an over-the-top powerplant choice, arguably the most impressive part of the ’54 F-100 build is the chassis and suspension, something Blake and his talented team at Speedtech have been perfecting for years. Here’s what sits underneath this elegant fat fender: Starting with the Speedtech ’53- ’56 F-100 Extreme full chassis, of course, Bentley went with many upgrades, including a beefed up 9-inch rear end and large Wilwood disc brakes. Again, it’s both show and go as this Ford can show up at any track and win the event!

The crew at Speedtech Performance created a masterpiece with Bentley Hugie’s 1954 Extreme F-100. 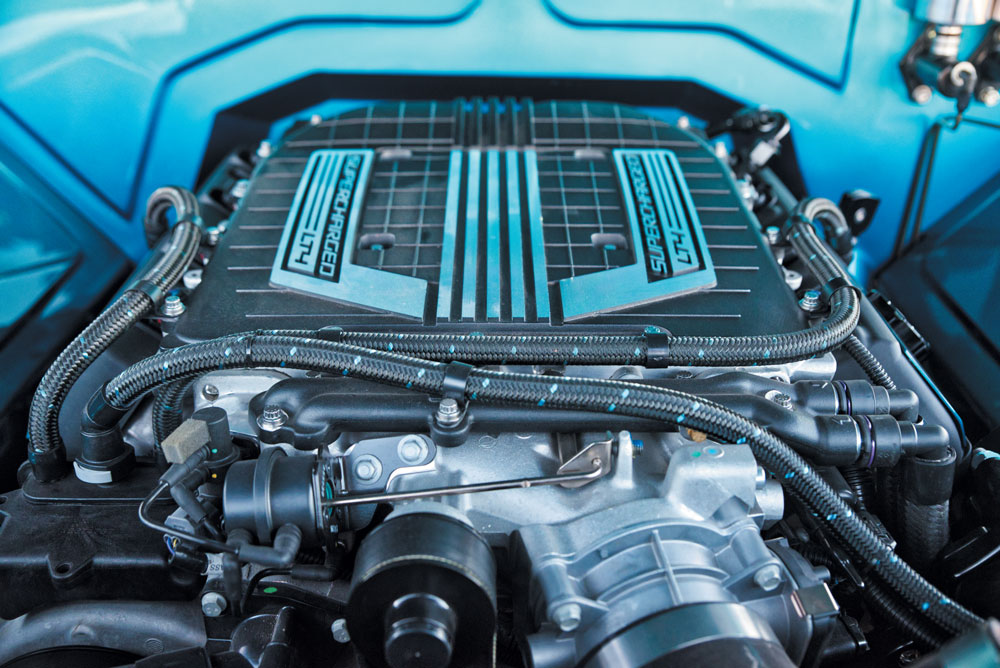 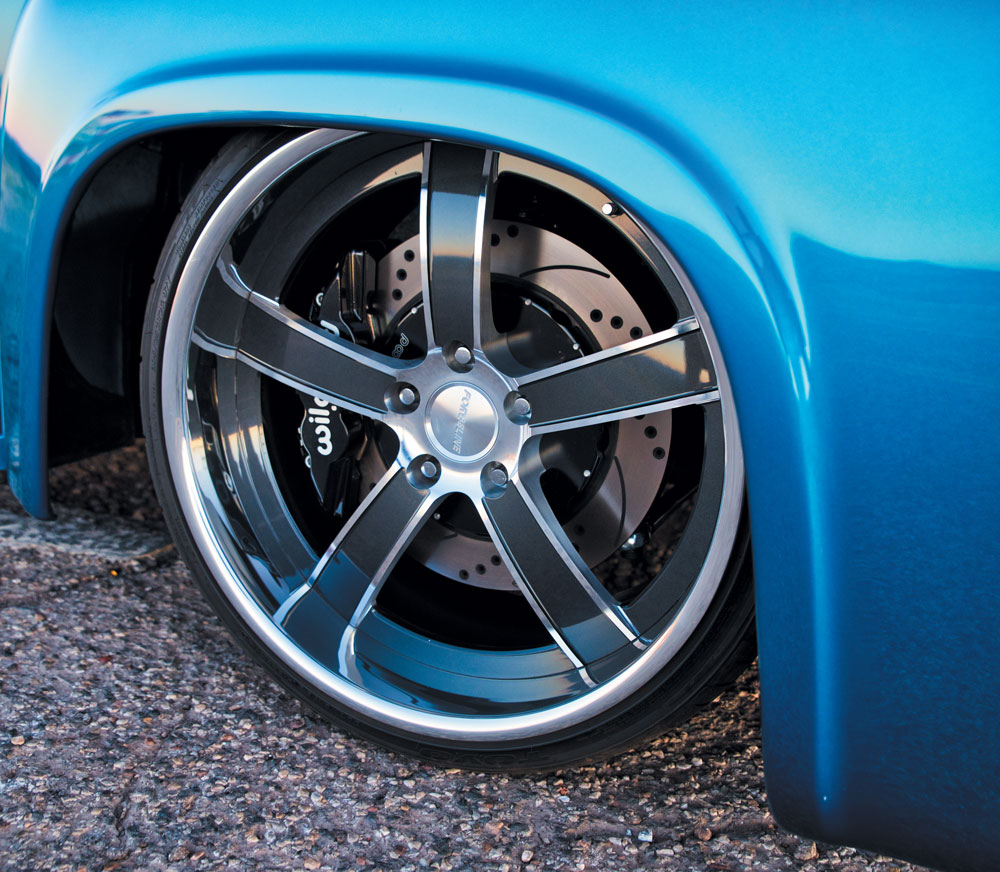 With all the chassis and engine modifications, a proper set of wheels and tires were needed to harness all that power. The wheels and tires of choice were big/wide Forgeline wheels wrapped in Toyo Proxes tires, the perfect complement to such a performance-minded build. The customization doesn’t stop at the chassis. It carried over to the exterior as well. Smoothed front and rear roll pans, flush mount front and rear windows were added, along with the custom Speedtech-designed and machined billet aluminum grille. After the classy by custom body was smoothed and modifications were completed, the F-100 was finished off in BMW Rock Fish Blue, yet again hinting at subtle but obvious handling and performance capabilities.

By combining old-school looks with modern power and amenities, this truck can perform in any situation. 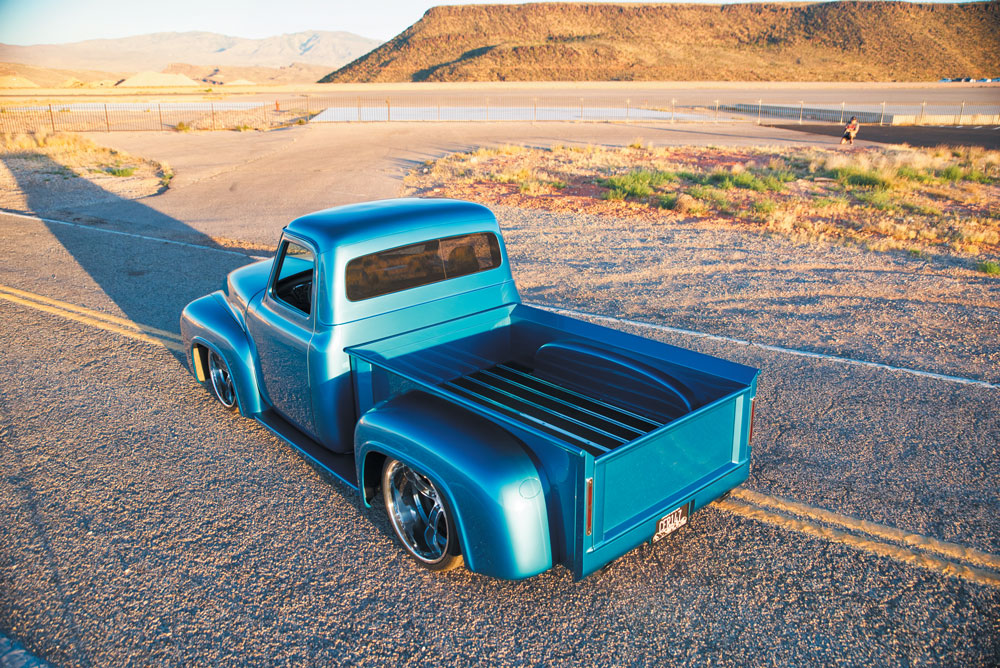 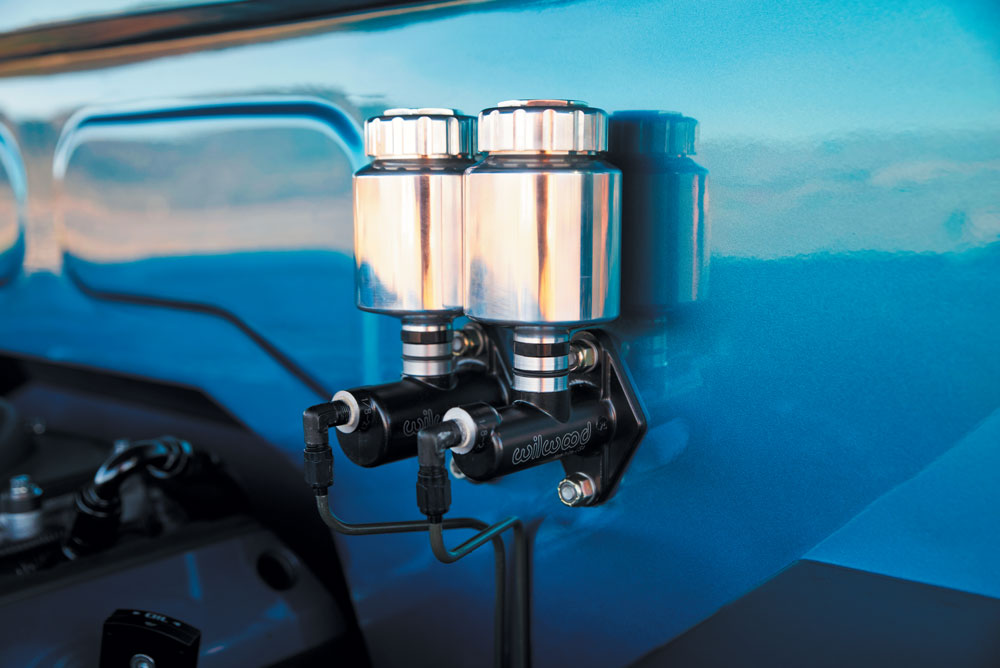 Did we mention custom? The interior was pulled out of a 2016 Ford Mustang. Blake utilized the leather seats and center console while fabricating everything else around it, including the Mustanginspired dash cover. The headliner is a custom one-piece molded part that was then suede wrapped. Rounding out the interior upgrades include a Billet Specialties steering wheel, Alpine stereo system as well as Dakota Digital instrumentation/gauges. 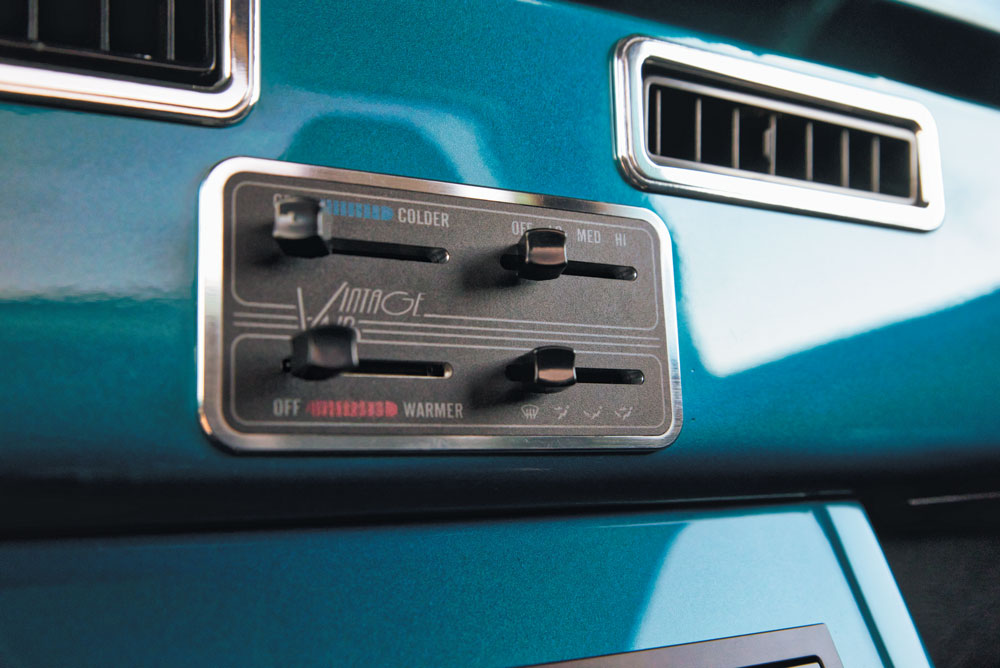 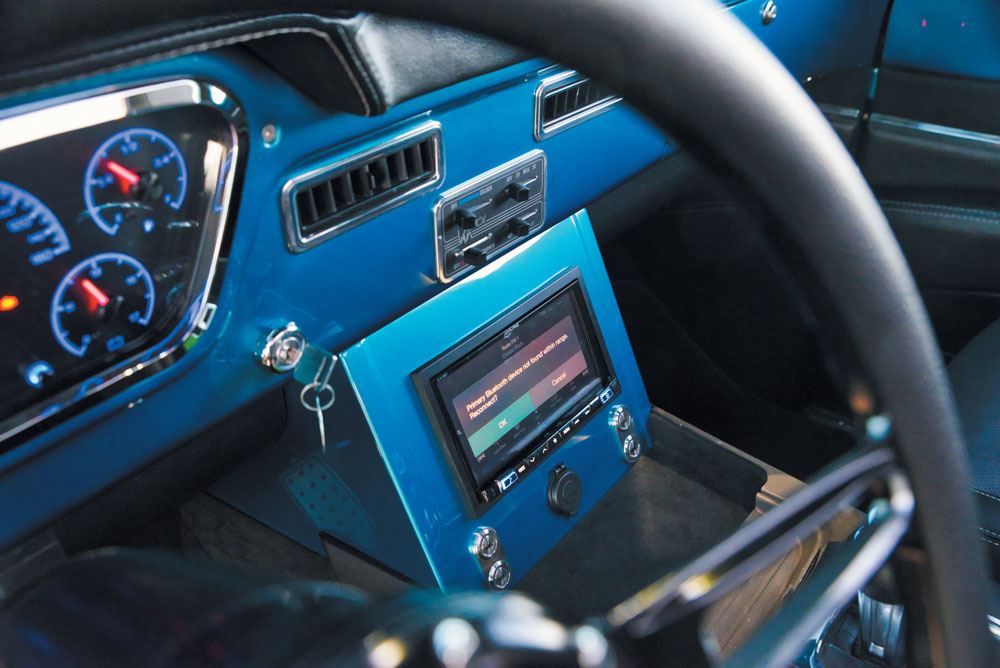 The crew a Speedtech Performance created a masterpiece with Bentley Hugie’s 1954 Extreme F-100. By combining oldschool looks with modern power and amenities, this truck can perform in any situation. Bentley/ Blake will be showing off this build throughout the country as well as many local shows. We look forward to seeing many more custom builds from the incredibly talented crew at Speedtech Performance!