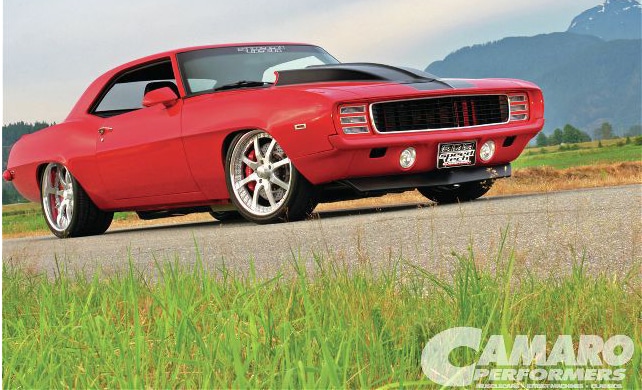 “The phrase “things aren’t always as they seem” may have been inspired by the aftermarket performance world. Consider the term bolt-on. To the layman it implies that a part’s installation requires no more than the mastery of simple hand tools. To the experienced, however, the ease of a part’s installation is inversely proportional to the strength of the claim that it merely bolts on. As Blake Foster observed, “A lot of parts are bolt-on in the sense that bolts attach them to the car.” To summarize his complaint, most of the time you end up having to make the parts fit the car or, worse yet, modify the car to fit the parts.

Blake’s especially uncomfortable with the bolt-on claim because the company he co-owns, Speed Tech Performance, manufactures a number of high-performance chassis parts that boast the term. As he surmised, the best way he can prove it is to install his company’s parts on a car that cannot be modified irreversibly. 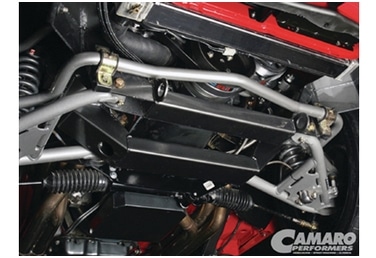 Roger Maniscalco, Speedtech Vice President, has just a car. He bought his ponycar—this car to be specific—when it was at the trough of its value, so to speak. But what makes his ’69 unique to him is that it’s his first car. In fact, he was only 16 when he bought it in 1985. It’s not like he can just sell it if he wants to take another direction down the line. It would be like selling a kid. No, something far more tragic: the dog.

So for a 12-month period Speed Tech used Roger’s car as a test mule of sorts. For one, the techs tested the company’s claims that the parts that it sold as bolt-on items did in fact install with simple hand tools. They based their findings on Speed Tech’s Track Time kit, the subframe and rear suspension package that made the company’s ’72 Nova, ResurreXion, do so well at the Handling and Suspension Challenge hosted a few years ago by sister publication Super Chevy magazine.

The sub frame assembly in Roger’s car consists of the company’s anti-roll bar, its specially tuned steering rack, and its gusseted-and-greasable tubular control arms. Pinned to those arms are lightweight forged-aluminum American Touring Specialties AFX spindles, which in turn mount C5 Corvette hubs. And yes, the whole deal lines right up with GM’s body and core-support mounting bosses and attaches with simple bolts.

Speed Tech used the ’82-02 F-body rear suspension as inspiration for a clean-sheet rear suspension design. A few very short welding runs deny it true bolt-on status, but the adjustability Speed Tech endowed the kit with makes it fit cars built by questionable ’60s tolerances. The company configures the assemblies to use one of several OEM axle options, in Roger’s case he opted for the Strange Engineering 12-bolt housing. It spins 3.73:1 gears on Strange’s limited-slip gear carrier, which in turn drives 31-spline axleshafts. Needless to say, brackets welded to the axle make it bolt right in without fanfare. …”