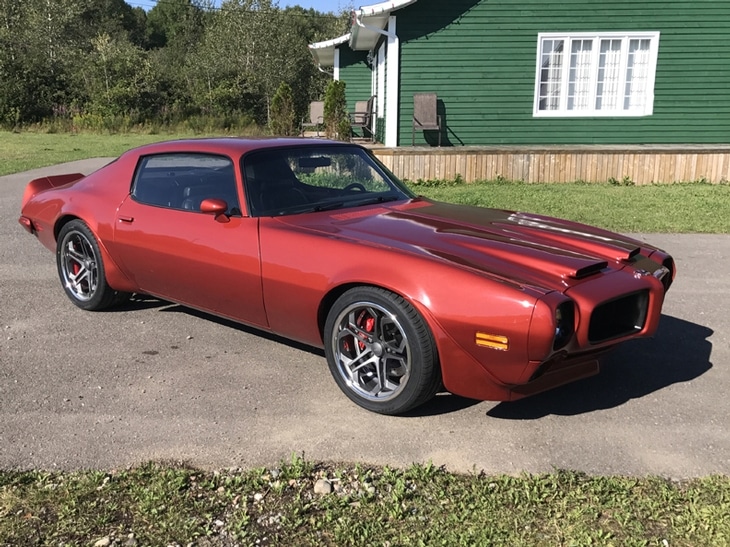 In 1992 this 1970 Firebird 400 followed Guy of Newfoundland, Canada home. Between then and today it’s gone though three varying levels of restoration, the most involved and complete being this third time around, and it’s definitely the charm! 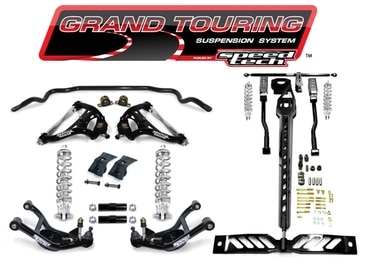 For this round Guy decided the full Pro Touring treatment was the best plan, including modern visual and both a modern suspension and drivetrain upgrades. As you can see in the final pics below he’s nailed it perfectly, and did it all in his home garage.

Guy started with a complete teardown, removing the interior, Pontiac engine and all the suspension. While body panel repairs and upgrades were being done, the factory GM subframe got stripped down and Speedtech Chicane upper coilover shock mount brackets installed. After that was done the frame got blasted and coated in semi gloss chassis black and the rest of the front suspension from his Speedtech 2nd Gen F-Body GT kit was installed. Out back the rear half of the GT kit provided our Torque Arm and Viking coilover conversion suspending a warmed over 12 bolt rear axle. Wilwood front and rear brakes wrap up the suspension while 18 & 19″ Foose Impala wheels shod in Toyo Proxy tires complete the rolling chassis. 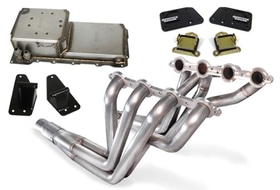 To get down the road in a hurry Guy opted for a crate LS3 engine aided by our Speedtech LS Swap kit and backed by a T-56 6 speed transmission to row the gears. Stainless Works headers and mufflers get rid of the spent gasses through a custom fabbed exhaust system exiting through four large tips nestled in a valley custom built into the rear valance. Just above inside the truck an Aeromotive fuel cell holds the go go juice. Guy kept that aggressive factory ram air hood and Trans Am style front spoiler, shaved the door and trunk locks and added a custom shaped rear spoiler before finalizing body work and painting the car in it’s beautiful late model Chevrolet Sunset Orange Metallic hue. Adding a couple 6.2L emblems top the sleek body was the cherry on top. What a great build and example what a little planning and effort in a home garage can transform an old car into. Great job Guy! 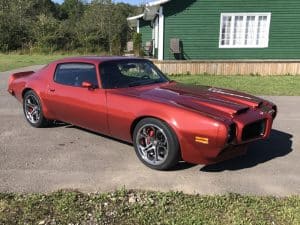 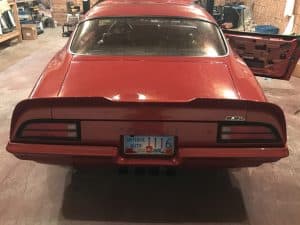 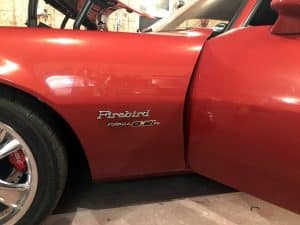 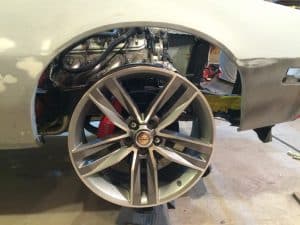 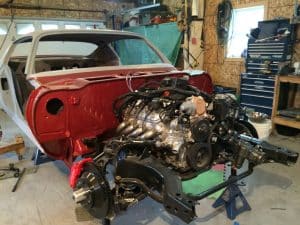 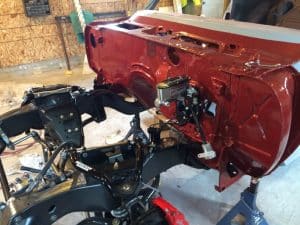 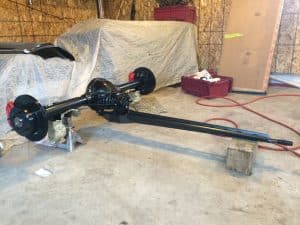 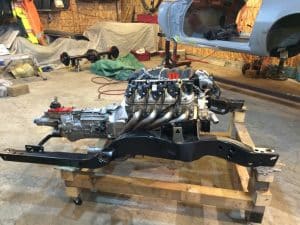 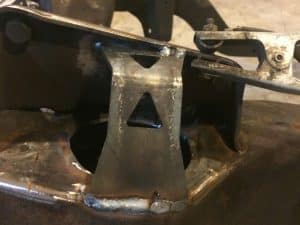 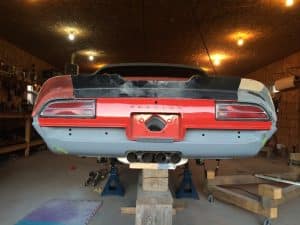 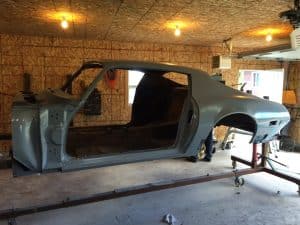 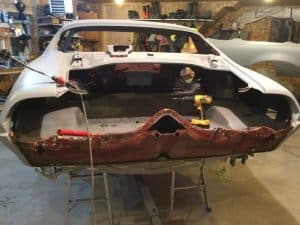 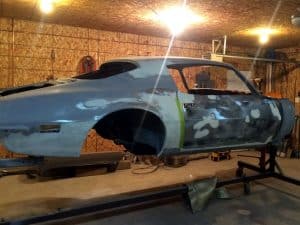 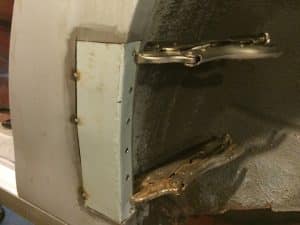 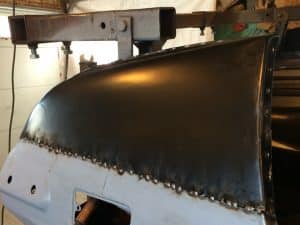 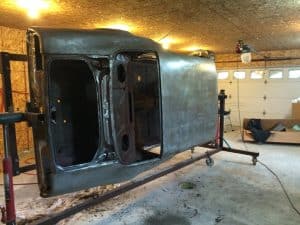 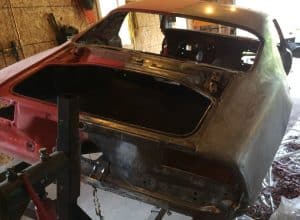 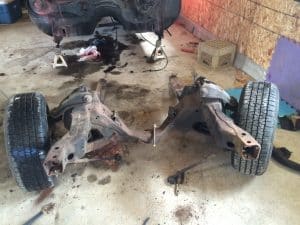 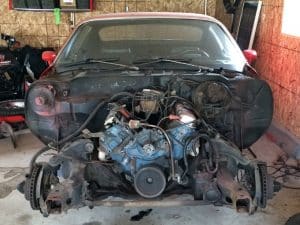